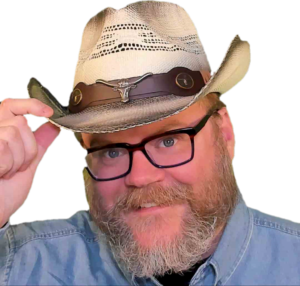 A lifelong gamer, I got my chops playing Pac-Man at the local pizza place arcade, and eventually the Atari 2600.  This naturally led to a Magic: The Gathering obsession shortly after its release, and I played until 2004, when World of Warcraft and board games took over as my obsessions.  Through my collecting years, I also came across the World of Warcraft TCG, which I collected, though never had anyone to play.  I was still disappointed when Crypozoic lost the rights, especially since it appeared to be due to this Hearthstone game that was coming out.  As a result, when the beta came around, I was stubborn, and didn’t try it out until general release.  Once I did, I was hooked on the simplicity and games that ran faster than Magic — and I’ve been hooked ever since.

I played casually, getting to Rank 15 regularly, until putting more of a focus on it in 2018.  At that point, I started to get a little more involved with the local Portland Hearthstone Fireside Gatherings, and took over our local series of tournaments and prerelease events in 2019.  Simultaneous to that, I began streaming, and have built up a name for myself as a friendly face among the salt you normally find in Hearthstone streams.  I’ve made it to Legend — even double legend (wild and standard), but not until 2020, but I’m known more for playing with viewers and trying to find the fun in the game more than being competitive.  I play all modes, now (though my stream is primarily focused on standard and wild), and have built up a reputation for my crazy amount of gold/dust/cards.  I’ve even been featured on the Blizzard launcher to help promote their Brawliseum content!

Host of The Happy Hearthstone

When Andrew reached out about taking over as host, I was sad to see him go, but excited by the possibilities.  I do love this game and the community, and look forward to continuing the tradition on the longest-running Hearthstone podcast — and finding more ways to get the community involved!  I took over the show in November 2020.

About The Happy Hearthstone

The day after it was announced. That’s how long The Happy Hearthstone’s been going.

Since the beginning, Josh Augustine envisioned a friendly podcast that engaged the community like few other podcasts do by inviting listeners to not only participate but actually host the show along with him! From humble beginnings in hypothesizing what could come from Blizzard’s newest IP to full-blown deck battles to interviews with the development team, The Happy Hearthstone has a long history of varied, fun, and positive conversations.

In late 2016, Josh Augustine got his dream job as a Quest Designer for the World of Warcraft team! Because of that transition, he needed to find someone to carry on the torch of The Happy Hearthstone.

Enter Andrew Brown.  Andrew learned a lot about podcasting from the time he was a guest on The Happy Hearthstone in 2015 and through a group podcasting experience with Velen’s Chosen, and was ready to answer the call when Josh reached out.  Andrew took over as host of the show in January 2017, and brought his unique happy-go-lucky personality and technical expertise in digital marketing to the show, establishing it as one of the premier Hearthstone podcasts, and bringing up a website, expanding the reach to new podcasting platforms, and even starting up a Patreon page to bring listeners closer to the show.

For more on the history of The Happy Hearthstone, listen to Andrew’s interview with Josh from episode 100 here:

Unfortunately, 2020 was a rough year for many people, including Andrew.  He felt some pressures in the middle of the year that prevented him from creating content as often as he liked.  When he found out that twins were on the way, he realized it was his turn to pass the Happy Hearthstone torch, and embarked on an arduous journey to find the *pefect* replacement host.  Unable to find one, he convinced GuyGrumpy to take the helm instead.

GET TO KNOW ME A LITTLE MORE…