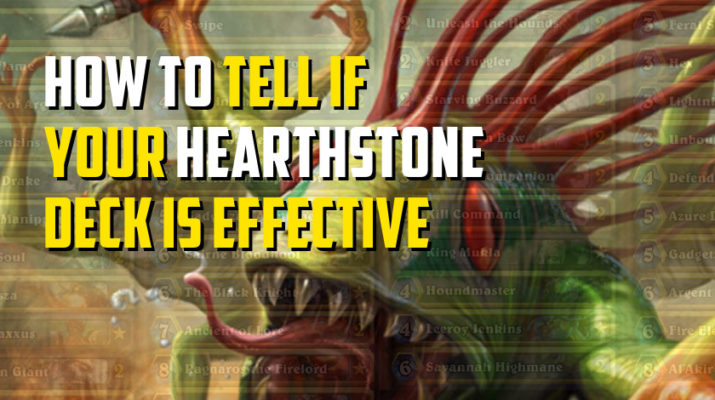 I was 55-61 with a broken soul. I felt like I had no chance of getting higher than rank 13 no matter which Hearthstone deck I used. Then I decided to try something different. And if I hadn’t done this one thing, I would probably still be stuck at 13. But because of it, I was finally able to break that barrier, get on a couple of winstreaks and bust into the rank 10 floor.

It’s so hard to figure out how to judge your deck’s effectiveness. Let’s be real: the ladder is stressful, exhausting, and addictive. If you’re up against a wall and can’t seem to hit a winstreak or have a winning record, it’s really easy to give up, throw away whatever you’re playing and start browsing through Discord or websites to find “the” Hearthstone deck that works.

I fall into this trap far too often, and I’m sure you guys do, too. It’s easy to pin your progress on your deck choice, especially in today’s meta that feels very “high roll”-y. (By that I mean the person who wins the game is the won who happens to draw the perfect, unbeatable hand) If you draw correctly, it feels great, and if you don’t, it sucks.

Oftentimes when I’m trying a new deck on the ladder, it’s really easy for me after even just 1 really bad loss to feel like the deck is worthless. Hitting the “Play” button after that match just feels arbitrary and like a waste of time.

But here’s what you need to remember: 10 games is the BARE MINIMUM to be able to judge whether a Hearthstone deck is working for you or not. Here’s why:

1. You need to adjust to playing this deck

Even if it’s a deck you’ve played before or know pretty well, you need to know how to play this exact list against the exact climate of opponents’ decks. 1 game is an absolute vacuum. But even 3-5 games only gets you warmed up. After 10 games, you can actually feel a better sense of how this deck performs on the current ladder and how you need to play it.

2. You can barely start even judging a winrate at this point.

Don’t get thrown by the decklists you see online that claim 80% winrates or other absurd numbers. That number is based off a very small sample size that’s not truly reflective of the grind to new ranked floors, or especially to legend. Even the highest level pro or ladder players don’t make it to legend each season with anything higher than a 65% winrate. You only need a 51% winrate to make it to your next ranked floor or to hit legend. But knowing the real accurate number takes a lot of games. Just because you lose 5 games in a row doesn’t mean a deck cannot possibly win. You might win the next 5 and have a 50% winrate. But if you’re changing decks just because you lost a few games in a row, slow down, take a break, breathe, and hit the “Play” button. It’s OK.

3. Flip-flopping the deck you’re using makes you not as good at a lot of decks.

This is something that is an internal struggle for me often. Because I didn’t win 2-3 games in a row, the deck is wrong. No, I may have just hit a rough patch. I may not have played those games as best as I could have. I could’ve drawn poorly every single game. There are so many rational factors that you have to let guide your feelings so that you can make the correct choice of persevering in the face of insanity. You get to choose your mindset for every single game of Hearthstone. Choose the calm way, even if you don’t feel like it.

This played out for me this way:

After getting that 55-61 record, BlisterGuy from Walk 2 Work recommended I try Murloc Paladin. I hit legend with that deck back in June, so I knew it’s a deck I can pilot, and it has some pretty good potential on the ladder right now. I went 1-3 in my first 4 games and was about to lose it. I took a deep breath. Remembered that I can play this deck well, and got back in there. I ended the night 14-6 and got up to rank 10 finally. All because I didn’t give up and committed to playing my best with a deck I knew could perform well.

Don’t let the insanity of the ladder get to you. Persevere. Choose a stable mind. And hit “Play.” 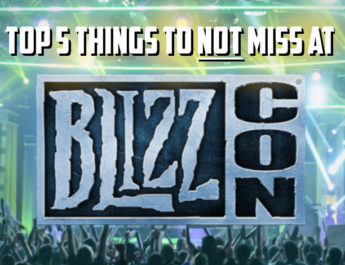 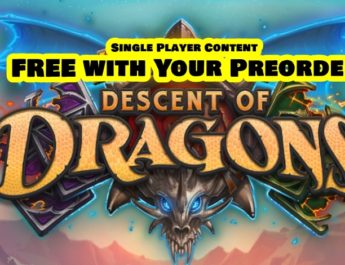 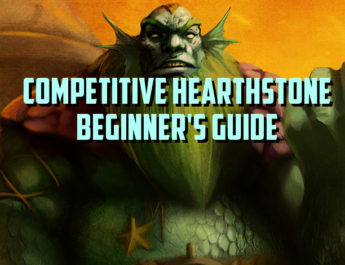